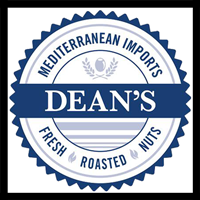 Dean grew up in Beirut, Lebanon, where delicious food was a way of life. His mother was not only good at cooking, she was famous for it. Friends were always asking her to cook for parties and special dinners. He emigrated to the U.S. in the 1970's. Two years working at an uncle's wholesale nut business in Detroit inspired him to start his own business, and he soon opened Dean's Nuts at Findlay Market. A few months later he began to offer other Mediterranean fare like hummus and pita bread, and changed the name to Mediterranean Imports. That was long before you could find such things in every supermarket. Dean has continued to add products over the years, attending specialty food shows in Chicago and New York to look for unusual items that will appeal to his food loving customers. The result is that he now operates one of Cincinnati's finest gourmet markets.

Check out our other restaurants: